Demons are real and they could torment people no end.

A woman from Uganda who is now a successful lawyer in the United States attested to this, saying her acceptance of Jesus Christ in her life finally vanquished the demons that haunted her for years.

Interviewed by CBN News, Jahan Berns said she grew up in Kampala, the capital of Uganda, a country in Africa known for its witch doctors.

She said the demons started showing up in her life when she was 7 years old. That was the time when her father, a high ranking officer in Idi Amin’s army, was killed in an ambush.

The loss of her father devastated her and she began to have nightmares. “I woke at night, sweating and sometimes screaming. I was seeing my father’s corpse. When my father left my world everything lost meaning and a part of me died,” she said.

Following family tradition, she prayed to her ancestors and consulted the witch doctor, who told her she had a spiritual guide who was always with her, especially at night. “Sometimes I felt these cold fingers touching the back of my neck. Then I always felt like someone was always sleeping in my bed,” she said. 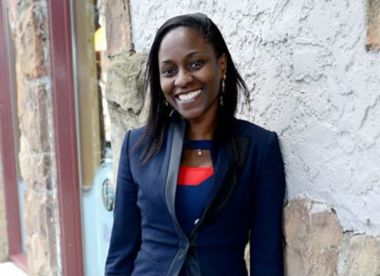 For five years she endured all those restless nights. When she reached the age of 12, Jahan decided to convert to Islam, hoping that would drive away the demons pestering her. “I was willing to become a Muslim because I was desperate. I was tired of the nightmares. I was tired of the fear. I recited those prayers very religiously, but I never heard a response,” she said.

The following year, her mother secured a grant for Jahan to attend a boarding school in Gayaza, Uganda, run by British missionaries. “This was the first time that I was around Christian students, and I absolutely detested them because I didn’t understand what they were happy about. I didn’t have the feeling they had. I felt like I was always wanting to explode. I became so angry and so hateful,” she said.

But despite her ill manners, the girls treated her with kindness. One day she became mad with one of her classmates when she told her about her dream that she, Johan, “is going to get saved by the Holy Ghost.”

This site uses Akismet to reduce spam. Learn how your comment data is processed.

© 2022 by bring the pixel. Remember to change this