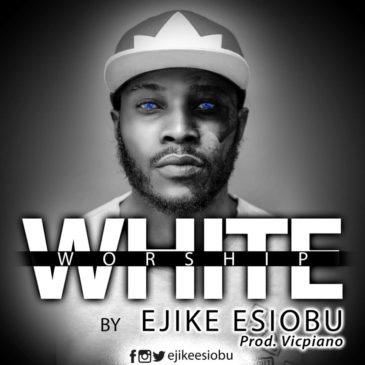 Ejike Esiobu. who was born in early 90’s is a Rock artiste ( Heavy Metal singer) and song writer from Eastern Nigeria. the artiste who has the passion to make Rock & Roll music known in Nigeria has officially released his very first Alternative Rock singles titled “white Worship“. Which is release on March 10th, 2019.
To be substantial, in the music world he has chosen a genre exceptionally different from the already existing ones in Nigeria to match his style of song and production in order to promote ‘R&R’ in Nigeria and to encourage other Rock artiste.

Ejike Esiobu who is a R&R artiste brand has ventured in music to exploit his talent with his first recorded song “white Worship” which he believes is a brink of light into the music industry as it would be first of it kind.

In the previous year, the Rock artiste has been working with his producer Vicpiano at “Symphoni Multimedia studios” on the song which he feels is inspiring with it’s soul touching lyrics and hopes it spurs the world with positivity and spiritual adherence. When asked about what he feels about music the Artiste said “Music gives you hope but rock and roll gives you what you hope for”.
Click the link below to Listen, Download, Enjoy and Share!

© 2021 by bring the pixel. Remember to change this