Owie Abutu is a popular Gospel music minister known to be a man of God’s Presence. He was born on the 20th of August in the early 80s in Kaduna State Northern Nigeria.

He hails from Benue state Nigeria, an Idoma by tribal definition. He’s married to Lady Ojima and together they have two beautiful kids Delvan and Enewa.

Owie Abutu is a song writer, unique composer and performing act. His unusual grace and energy on stage have changed so many lives for good.

As a life coach, he has engaged hundreds of youths across Nigeria for gainful and productive impact. The award winning minstrel is an administrator per excellence.

He had his primary, secondary and tertiary education at Wesley central, Wesley high school and University of Maiduguri respectively.

Owie Abutu is the Crooner of the ever green award winning song; Pages Of My Heart. 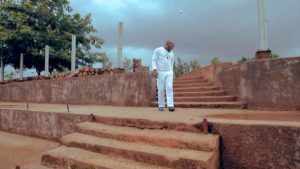 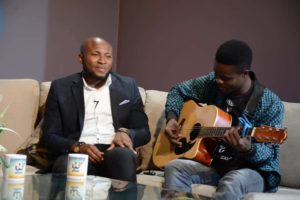 20th August, 2019 is the official flag off date of his humanitarian organization; DPI (Developing People Initiative).

Today being his birthday, he also decided to drop a new Song of Victory:

© 2021 by bring the pixel. Remember to change this